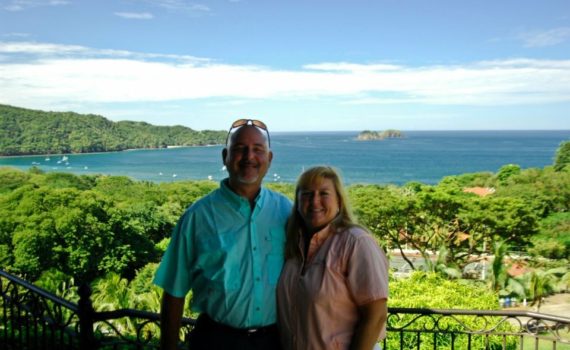 This is the first of many 'Lisa and Scott Norman Ex-Pat Living' posts. We absolutely love it here in the southern pacific zone of Costa Rica and have been offered a wonderful platform to share our experiences, our learnings and our thoughts with everyone who wants to read our blog.

We first traveled to Costa Rica in the fall of 2011 with family members. We chose the Guanacaste region because we had a timeshare condo there that we were using.  I vividly recall the winding roads being mostly dirt, not maintained, and lots of potholes, which was totally new to us (we lived in Panama City, Florida, at the time).  But the change was good. Different culture, exciting lifestyle and spending valuable time with family never gets old.

Our next trip to Costa Rica was six years later, March of 2017 to be exact. By then we had decided we may want to retire soon and we had heard that Costa Rica was a popular destination for ex-pats.  With that in mind, we scheduled a very busy fact-finding trip.

At the beginning of this trip we attended a two-day retirement seminar put on by ARCR (Association of Residents of Costa Rica) in San Jose. There we learned valuable information about all things to consider when choosing to retire in Costa Rica.  After our two days in San Jose we visited the cities of Grecia and Atenas in the central valley, to see if these were areas where we might want to live.  These cities were chosen because of our research of having organized ex-pat communities and we wanted to stay somewhat close to the airport in San Jose (SJO - Juan Santamaria International Airport).

Since we were visiting in late March, everything was really dry. As we learned later this was about the end of the Costa Rica summer and not much rain falls during that season.  During this time we were staying in a small, country-side, hotel. It was cute and functional and we saw lots of birds and tropical vegetation.  We really enjoyed the area, appreciated meeting some ex-pats there but felt something was missing...we just didn't know what exactly. 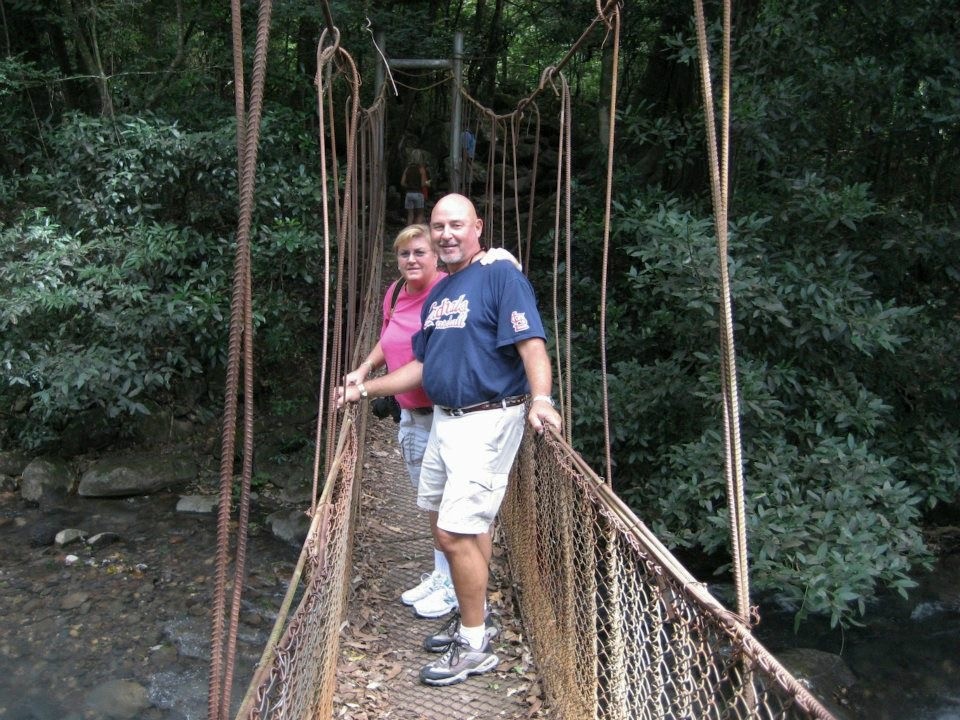 After our second trip to Costa Rica, we knew it was the country we wanted to retire in...the only question was 'WHERE in Costa Rica did we want to live?'.  We returned back to Florida and did more research online. It was decided we would head back down in a couple of months and explore the town of San Isidro de el General.  San Isidro (as it is often referred to), is located in a valley in the central-south-pacific area of Costa Rica.

They have flights from San Jose to San Isidro (Perez Zeledon airport), but we chose to drive along Ruta 2 of the Pan American Highway to get to San Isidro. This section of road is called the "Cerro del Muerte" (road of death) due to how dangerous it used to be to drive on. Now, there are breathtaking views, but it is important you pay attention when driving as the road climbs to over 11,000 feet in elevation. Although the locals can make the drive in as little as two hours, it took us four hours since we had never driven it before and didn't know the pattern of the turns.  That trip seemed like it took forever and we were happy to arrive into San Isidro!

We had arranged to stay in a nice house that we found on Air B&B.  It had a view of the city down below and we  began our search for a home to rent for our final move the next year.  We liked the area, it has plenty of shopping and great energy, but again, something just didn't feel right for us.

After a week in San Isidro we decided to take a different route going back to San Jose.  We chose the road that follows the Pacific coastline - called the 'Costanera Highway' (Highway 34 on a map). We saw some spectacular views of the water and finally felt like anywhere along that area would be a place we could finally reside. Having lived near to the ocean our whole lives, we both felt more 'at-home' near the sounds, sights and smells of the ocean.

We stopped for a short while and visited Uvita, Dominical, Quepos, and Jaco on the way back North. We did notice that financially the further North we went, the more expensive everything got.  It was quite a education and a lot of on-the-job-training.  Our thoughts were, we wanted to end up somewhere along the coastline but further south so we were thinking something south of Dominical (and we had 'beach homesickness'). The southern pacific zone has some of the most beautiful beaches in all of Costa Rica. 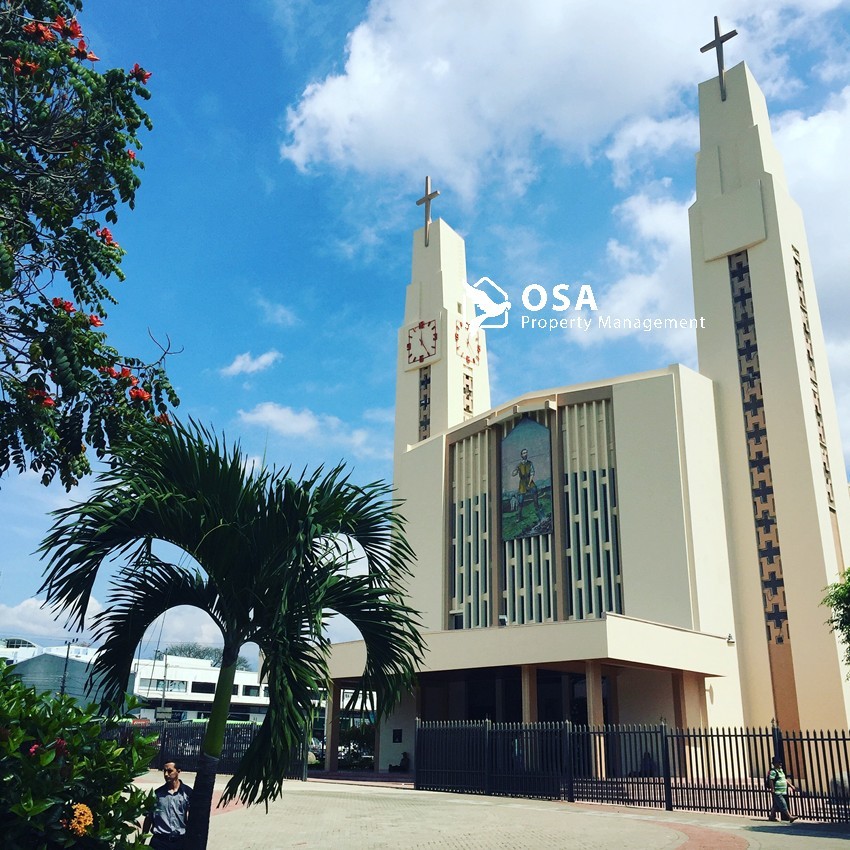 San Isidro's most recognizable landmark is the downtown cathedral

The One-Year Plan is Set

At this point, we knew we were making the right life changing decision of moving to Costa Rica.  I was close to retirement and put ourselves on a one-year plan. This meant that we had a goal of one year to prepare for the big move. This meant the start of letting subscriptions run out, becoming experts at selling our things on Craigslist, having a several garage sales, and whatever it took to sell all of our belongings except what would fit in a small storage building north of our hometown in Florida.

So, in the fall before the big move, we started looking for homes for rent and we picked an area between Uvita and Palmar Norte.  It was a little further south then most people look, but still close to the beaches.  We had scheduled our move for March of 2018 and wanted plenty of time to search for just the right spot.

We found osapropertymanagement.com through a Google search and spoke to the owner Nick.  He had some home for rent exactly where we wanted to be, between Uvita and Palmar Norte in a small community called San Buenaventura.  I thought it was smart to chose a property manager who knew the area and was someone who we could ask questions about where to shop, where to find a veterinarian for our English Springer Spaniel, and where the nearest banks were located.  It was important for us to find someone who actually had hands-on experience. 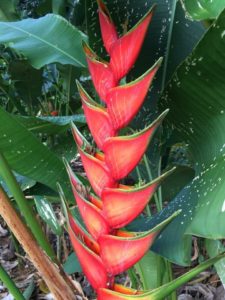 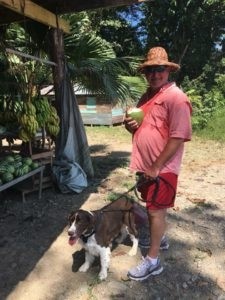 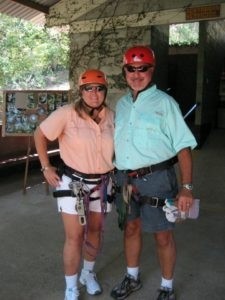 Trip #4: We found it! San Buenaventura & the Southern Pacific Zone

After taking several trips, and spending almost six weeks living and visiting several different areas of Costa Rica we were confident of our decision.

We made the move to Costa Rica in March of 2018 and have not regretted it one bit!  Nick and his company have been more than helpful, and we consider him much more than just another property manager.  His staff live in this area full time, are bi-lingual, and have been known to bring over some local cuisine for us to try after a Sunday family get together.  Now how can you beat that, there are such wonderful people down here. 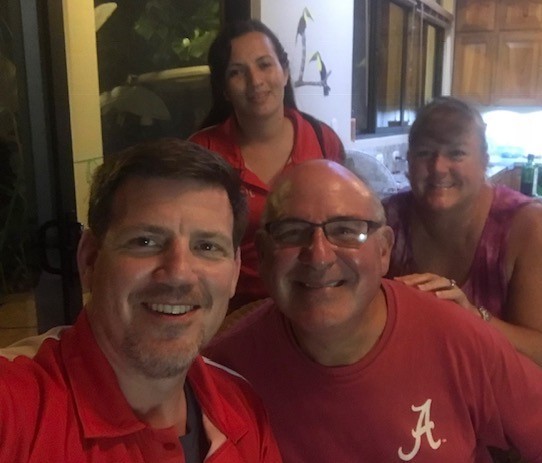 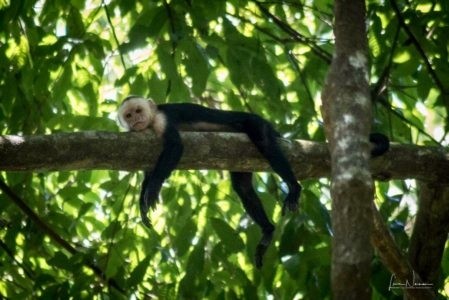 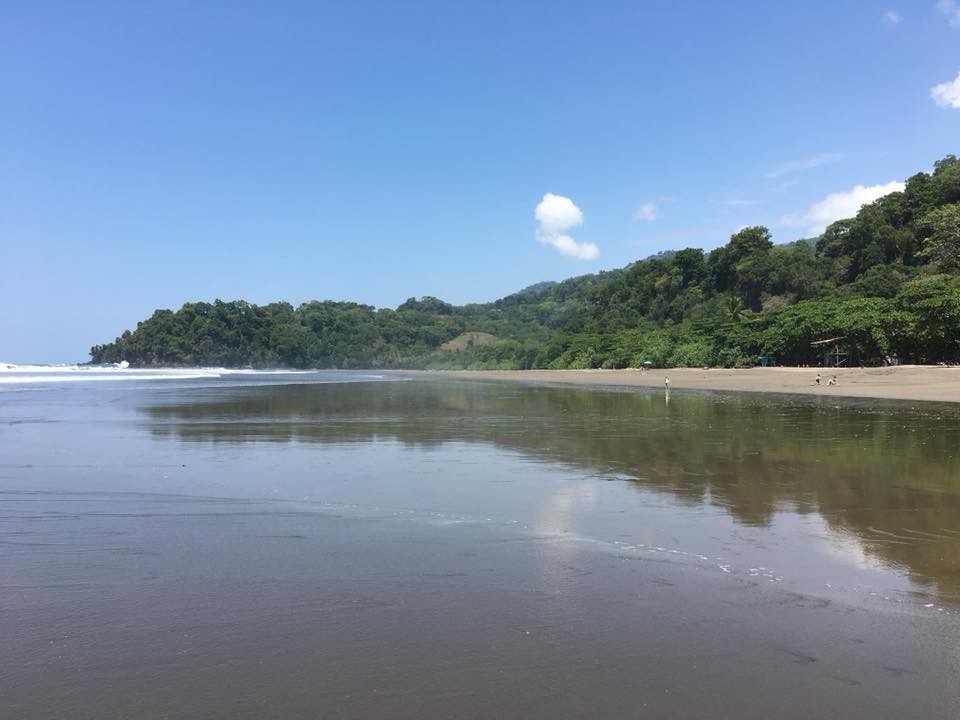 Stay tuned for more information about our ex-pat living and all of the fun, adventures and challenges, we have in the Southern Zone of Costa Rica!